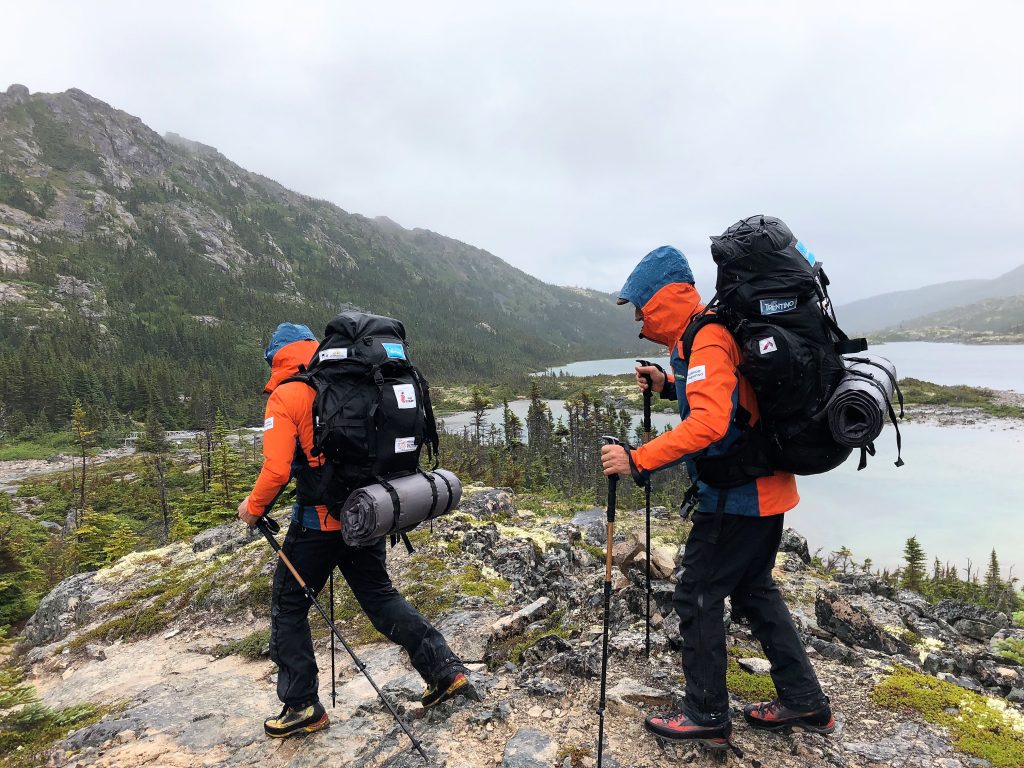 An important place – We included the Chilkoot Pass Trekking in our project because of its historical significance and because it might be useful for video-photo production. The trek was carried out in July 2018 on foot, with five stops, carrying on shoulders food, equipment and video gears, since a video-maker and a journalist were with us.

Chilkoot Trail – it is 54 km long, it starts in Dyea, not far away from Skagway, on the Pacific Ocean and arrives to Bennet, in British Columbia, Canada. First Nations on the coast have used this path for centuries to reach the inland Tagish and Tutchon communities in the Yukon Territory.

History – During Gold Rush, with the White Pass, this was the route used by the pioneers to reach the legendary Klondike. For three years (1896 – 1899), tens of thousands of people travelled here from all over America and the world lured by the mirage of gold. These men had to do more than 30 climbs to cross the Chilkoot Pass and be able to carry all the material that Canadian authorities required to obtain a permit to enter Canada.

Dangers – Climbing the Pass was very dangerous, especially in the winter. A huge avalanche fell on April 3rd, 1898, Palm Sunday, killing more than 65 people. The White Pass Trail was easier but much longer. “Wealthier” gold seekers preferred this path, and it became known as the “Dead Horse Trail” because nearly 3,000 pack horses starved, were hurt, and died here.

In 1899 the “White Pass and Yukon Route” was built, a narrow gauge railroad linking Skagway to Whitehorse through the White Pass.